Interview with Bishop Ernest Ngboko, CICM of the Diocese of Lisala 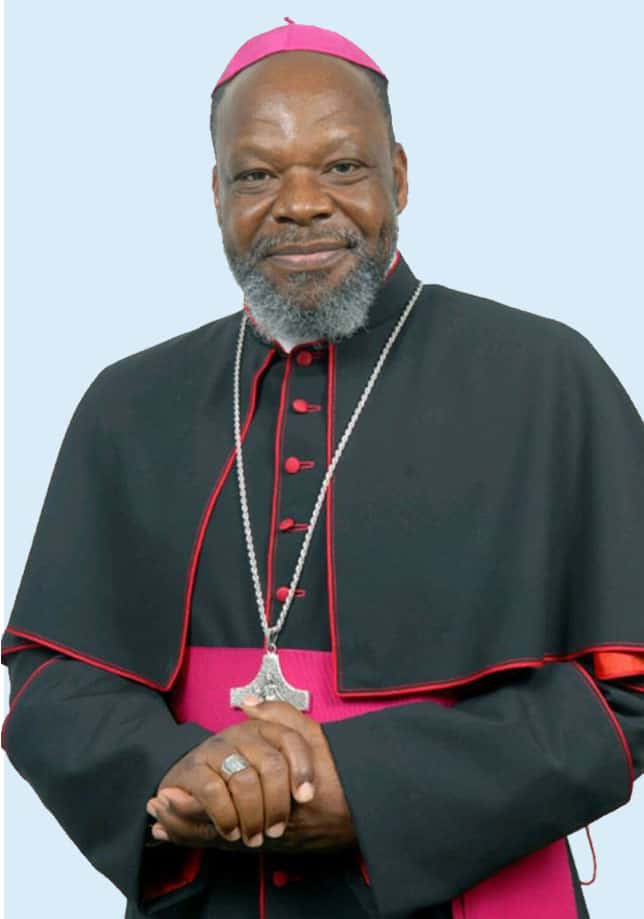 Earlier this year, His Excellency, Bishop Ernest Ngboko, CICM of the Diocese of Lisala was kind enough to tell us a little about himself and his diocese in the Democratic Republic of the Congo. Read and enjoy!

Where are you from and how did you become a priest and then a bishop?

I am Most Reverend Bishop Ernest Ngboko, CICM, the new Bishop of the diocese of Lisala in the Northwest part of the Democratic Republic of Congo. I was appointed by the Holy Father Francis on February 11, 2015 and ordained Bishop on April 19, 2015 in Lisala, the seat of the diocese. It was the same day that I took possession of my new ministry. My episcopal motto is: “One heart, one soul “.

I am a member of the Congregation of the Immaculate Heart of Mary (known in the USA as the Missionhurst Missionaries), I worked as a missionary in Senegal (West Africa) for 16 years. I was ordained a priest in 1996, I was successively assistant and parish-priest, then Superior of the autonomous district of Senegal and Regional Coordinator of Africa. In 2011, I was elected Vicar General (number 2 in command in the Congregation taken as a whole); I was obliged to join the general team in Rome to exercise this new function. It was while exercising this ministry in Rome that I was called upon to be a bishop.

Give a short history of the Diocese of LisalA

With an area of 67,674 square kilometers, the population is estimated at more or less 1,850,125 inhabitants, of which 859,347 are men and 990,778 are women. Its population consists mainly of 11 different ethnic groups (Ngombe, Budja, Ngbaka, Bangenza, Doko, Bandunga, Pakabete, Mongo Yakata, Batwa, Lokele and Babale).

How would you describe church life in Lisala?

The diocese of Lisala has 102 priests, 191 religious men and women; more or less 880,227 Catholic Christians and more or less 12,428 catechumens and 625 catechists. As for our ministry, we are facing multidimensional problems. Our ministry places us in front of several challenges related to the life of People of God. These challenging realities made of joys and especially of sorrows, help us to take a well-planned strategic orientation focused on the human being as the expression of the heavenly kingdom. This orientation is nothing but our pastoral vision which is as follows:

1.Care of the youth facing an uncertain future

2.Rehabilitation of schools and construction of new schools

3.Health facilities such as clinics, health centers equipped with basic equipment and pharmacies would reduce the infant mortality rate and extend the life expectancy of our populations (47 years).

4.Rehabilitation of churches and rectories, construction of chapels in the outstations(pastoral centers and villages)

6.Care of women and young mothers

7.Some agricultural or livestock projects would be a way to help our people to take care of themselves.

8.Formation of catechists, the main agents of evangelization

10.Ongoing formation of clergy and other lay people

13.Moral and civic formation of the population (people must know not only their duties, but also their rights: they are exploited); Fostering hope to people in order to avoid fatalism.

How is life different in Lisala from the life in Kinshasa, the capital city of the Democratic Republic of the Congo?

In Lisala area, farming is the main activity and the main source of income for 95% of the population. This farming is above all a subsistence agriculture: farmers grow small fields just enough to satisfy their food needs. The population lives on $1 a day. Although living in an area rich in natural resources (fertile land, water, forests, favorable climate …), people live below the poverty line. They live in misery. Agricultural activities do not allow the population to live decently, to face the various problems of life such as: schooling of children, comfortable housing, decent clothing, health care, etc.

The restricted possibilities for education keep population out of the current evolution of the modern world.  – Transportation of crops to major centers is often difficult or impossible in some places because of the lack of means of transportation, the impracticability of roads, broken bridges, etc. Transporting the produce is done on one’s head or on one’s back. Women and children, who are traditionally responsible for transporting the produce to the market place pay a heavy price in their health.

1.We started a construction project: we are planning to put up a Clinic and a Nursing School. Your donation will help to construct and maintain the above-mentioned clinic and nursing school. Besides, your donation will help to buy medicine and medical equipment for the clinic and the nursing school to be constructed. In the clinic as it stands now, patients sleep on bamboo beds; there is only one microscope, a couple of blood pressure kits that is shared by nurses. People die  for  lack of treatment: pregnant women die for lack of prenatal care, children die early for lack of care.

2.We have so many orphans: parents have died either of natural causes or of the consequence of wars. The diocese feels that, by our ministry, we must care for those children, but we are very limited in our resources. Your donations will assist those kids with nutrition, with schooling, with clothes and above all with their religious education

We are very grateful to the Diocese of Arlington for granting me the opportunity to share with you our challenging mission. May God bless you! Thank you for your generosity!

To donate to the Diocese of Lisala CLICK HERE