“The pilgrim Church is missionary by her very nature, since it is from the mission of the Son and the mission of the Holy Spirit that she draws her origin, in accordance with the decree of God the Father.” ~ Ad Gentes 2 (Read the full document here) 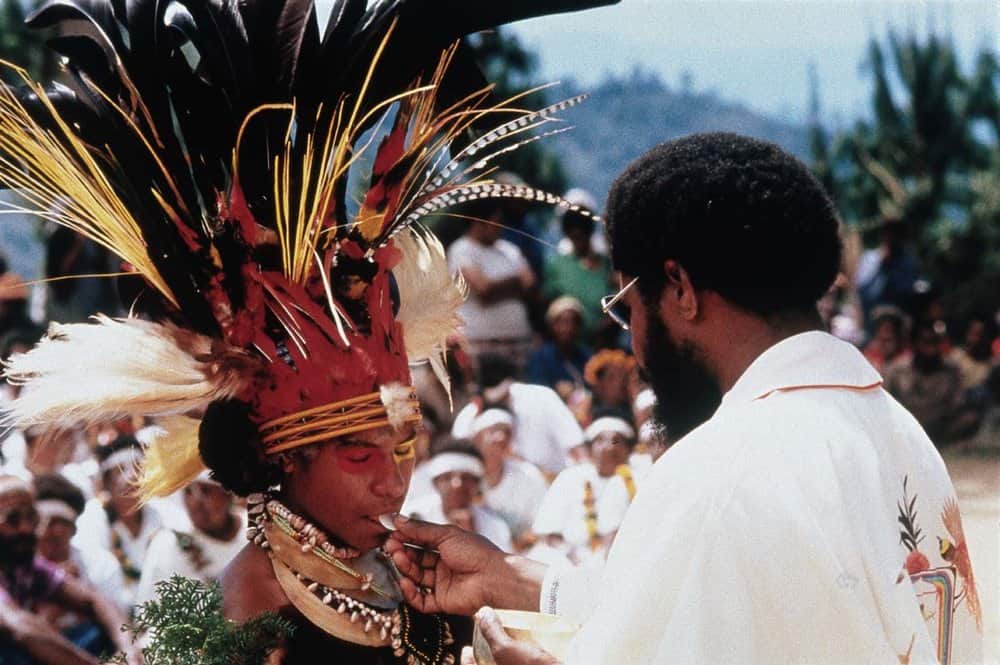 Ad Gentes tells us that the Church, (i.e., us) is missionary by nature.  We can come up with a thousand reasons why mission work is necessary and justified, but the above sentence, from Ad Gentes Chapter 1, expresses very accurately why many of us are driven to do it. It’s our nature.

We know that it is necessary to eat because our bodies use the nutrients from various foods to perform the basic functions of life. We know from biology why it is necessary to eat, but even we never had one day of study of biology or science of any kind, we would still eat when we are hungry simply because it is our nature. In that sense, Ad Gentes is not a restatement of Jesus’ mandate to the Apostles to go out and baptize all nations, (Matt. 28:19).  It is instead, an examination of why we feel compelled to carry out His mandate. God’s first missionaries were the second and third persons of the Trinity, the Son and the Holy Spirit. As we are created in God’s image, we inherit the impulse to spread the love that God breathed into us and that He, by His very nature, is moved to share.

Since the expulsion from Eden and the dispersion of Babel, human beings have sought to reconnect to that perfect community we had with God and with each other in the Garden of Eden. Ad Gentes goes on to tell us that “…it pleased God to call men to share His life, not just singly, apart from any mutual bond, but rather to mold them into a people in which His sons, once scattered abroad might be gathered together.” (Ad Gentes, 2). To help us do that he intervened in human history “sending His son, clothed in our flesh, in order that through Him He might snatch men from the power of darkness…” (Ad Gentes 3). In other words, Jesus was sent down to get the mission ball rolling! Part and parcel of all the acts of charity we are to perform, the prayers and praises we are to sing, and the holy days we are to observe is the consistent pursuit of community with each other through Christ. That is why we do mission.

In the midst of our struggles, we find hope in the message of Jesus’ Resurrection.  Your assistance and prayers will be a blessing to those who benefit from this loving outreach and generous efforts in mission countries. Thank you!

Thank you for your interest in the Arlington Mission Office and the Pontifical Mission Societies of the Diocese of Arlington. We enthusiastically embrace the challenge of our baptismal commitment to Jesus Christ, and are privileged to participate in His mission, embodied in the Church, to build unity and solidarity among all peoples in the world. We hope you will join us in our work through the many activities offered by the Mission Office. We invite you to contact us if you need any additional information at arlingtonmissions@arlingtondiocese.org.